The acb Gallery presents a representative selection of Endre Tót’s cycle entitled Layout Paintings, created between 1988 and 1991. Tót’s Layout Paintings can, in every respect, be regarded as a novelty both by professional circles and by public audiences; this is their first appearance since their original presentation at the Galerie Ucher of Cologne, almost thirty years ago, in 1991.

In 1970, Tót took a radical departure from painting to begin a conceptual art practice, which subsequently earned him international fame. His painterly sensitivity – which, prior to this turn, had been detectible in his works incorporating informel, pop art and geometric art elements – was pushed to the background. In 1979, a freshly emigrated Tót, at the peak of his career, settled in Cologne. There he witnessed the paradigm shift represented by the New Fauves, whose mode of painterly expression dominated the following decade of art. This change in the zeitgeist also inspired Tót to react. After a few years of seeking his own path, however, he returned to painting in the second half of the 1980s. He produced cycles of works in which his previous conceptual ideas now found expression through the formal and material tools of painting. Of these series, his Layout Paintings have undoubtedly the most to offer in terms of their painterly richness: they represent an extraordinarily unique combination of striking features and problematisations that characterised the painting of the eighties – such as decorativity, and the use of the patterns and vibrant colours typical for the period – with the visuality of press products, which largely dominated the aesthetics of the late 20th century.

The comprehensive Endre Tót exhibitions of the past few decades, in placing their emphasis elsewhere, have not made clear the fact that this series of painting, which show the greatest degree of variation in terms of their composition and painterly qualities, comprise an integral part of Tót’s oeuvre. His program of conceptually articulating “nothing” and “absence” do continue in these pieces, but according to the logic of a painter. The forerunners of the Layout Paintings include Tót’s first artist’s books entitled My Unpainted Canvases and Night Visit to the National Gallery, as well as the repainted cover of an issue of the newspaper Népszabadság from 1978. Beyond the formal parallels, it is even more important to note, however, how the thematisation of communication and its tools plays a central role in Tót’s entire oeuvre. Consequently, the use, aesthetic examination and processing of press products are also organically related to the sphere of Tót’s main artistic interests.

In Endre Tót’s Layout Paintings, in certain cases, the analogue layout and photo editing practices of daily paper and magazine columns are not only recognisable, but also serve as the foundation for the paintings. The artist re-abstracts pages, texts, images and headlines from finished press products according to his own logic – while, in the process, also allowing room for the colour field, monochrome and neo-geo traditions of painting. These works are still fresh today, however, not only because audiences had no access to it for so long, but also because they unconsciously amplify the superficial nature of media surfaces, currently subject to so much criticism. What is more, in our digital age, they problematise timely questions of painting, only to prove over and over again the relevance of analogue technical solutions in painting on the borderlands separating abstraction from representational art.

The exhibition was supported by NKA. 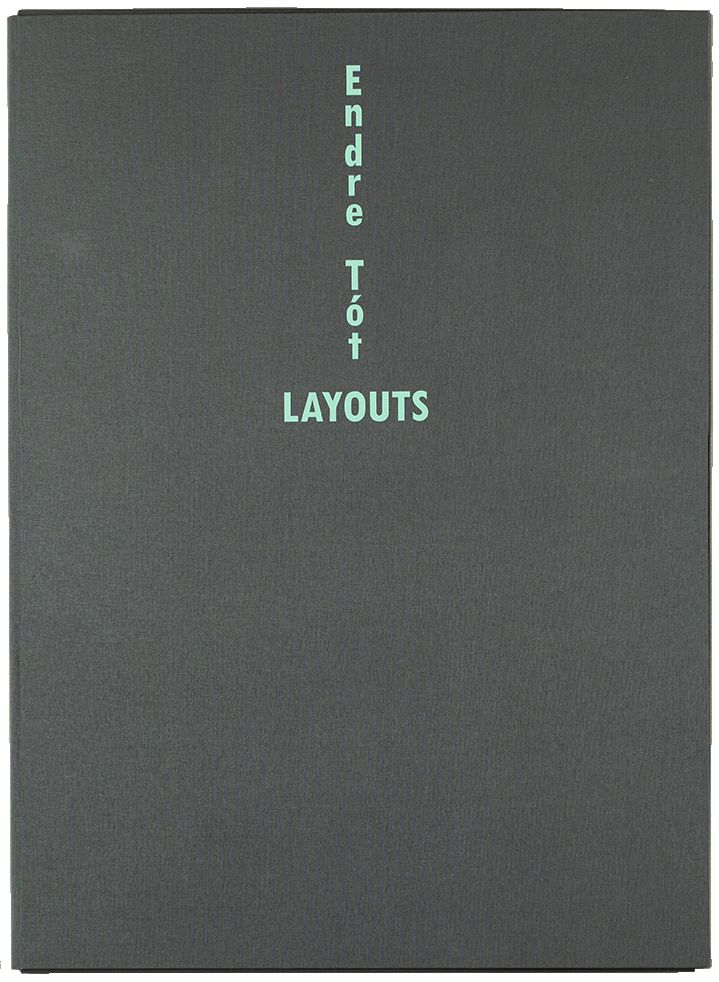