The latest glass mosaic works by Hajnalka Tarr (1977) at her exhibition In Vitro summarize her artistic propositions from the last three years. Departing from her interwoven photographs that explored the possibilities of photo-based visual- and self-representation, she has arrived at a new technique: also photo-based, repetitive mosaic image structures. The title of the exhibition refers to the procedure known from biology when the analysis takes place “in glass”, outside the living organism, similarly to Tarr’s visual thought experiments, which she realizes in the form of glass mosaics. By way of decomposition into elements, in other words, deconstruction, Tarr grounds her work on the tension between new visual qualities emerging from the recomposition of image fragments.

In the seven exhibited pieces of her latest series, Tarr showcases the leitmotifs of her creative practice. The panels feature a set of motifs made up of black plane, plants and pages of the Dictionary of the Hungarian Language augmented by mosaic pieces depicting the artist herself and her previous works. First she takes the photo that serves as the basis of the work and dissects it into elemental details, then carefully reconstructs it by multiplying its own details on the basis of a strict combinatorial system. In the nude, the most fundamental form of self-representation, and two other mosaics, the personal presence of the artist is interlinked with the planar surface of a black square and the image of a plant. The geometric shape confronted with the human body is a reference to the recurring presence of geometric abstraction in Tarr’s creative praxis. By rotating the plane through the multiplicative repetition of identical static elements, the composition is rendered dynamic, giving a sense of movement and change. As opposed to this, the image of the organic branching plant is “broken” into geometric order by the fundamentally geometrical character of the mosaic technique. The static reality expressible by means of notions is deconstructed and reconstructed in the course of a visual analysis that is reminiscent of, but not quite identical to, its own formal character.

The Dictionary of the Hungarian Language as an encyclopaedic collection of conceptuality, of language-based abstraction, has been a recurrent motif in Tarr’s art. The sliced pages of the Dictionary volumes appear as symbols of human effort to understand the phenomena surrounding us. Tarr’s mosaics at once express the desire to understand and accept its impossibility by the emphasis of constantly changing individual reality. The “monument” of the collective repository of knowledge composed of the Dictionary’s volumes becomes a visual manifestation of individual reality by means of the mosaic structure. Besides the image of the dictionary, its content is also represented. Tarr deconstructs the pages of the book into a set of fragmented entries and words just on the border of interpretability, surrounding her own previous drawings with them. Made a few years ago in Berlin, the abstract charcoal drawings can be interpreted as “mental portraits” reflecting the artist’s mood. Positioned in the domain of broken-down concepts, the mental “snapshots” are constantly changing images of reality filtered through the subject, which remain consistently characteristic of the individual and her relation to her environment.

Tarr’s imaging technique reflects Péter Türk’s systematic technique of image construction. Türk discovered “image weaving” in the second half of the seventies, de- and reconstructing his photo montages by the repetition of image elements in the spirit of structuralism. Despite the similarity of the employed method, there is a significant difference: while to Türk, the methodological approach to visual information was of primary importance, in Tarr’s case, the same goes for the expressibility of individual semantic domains. 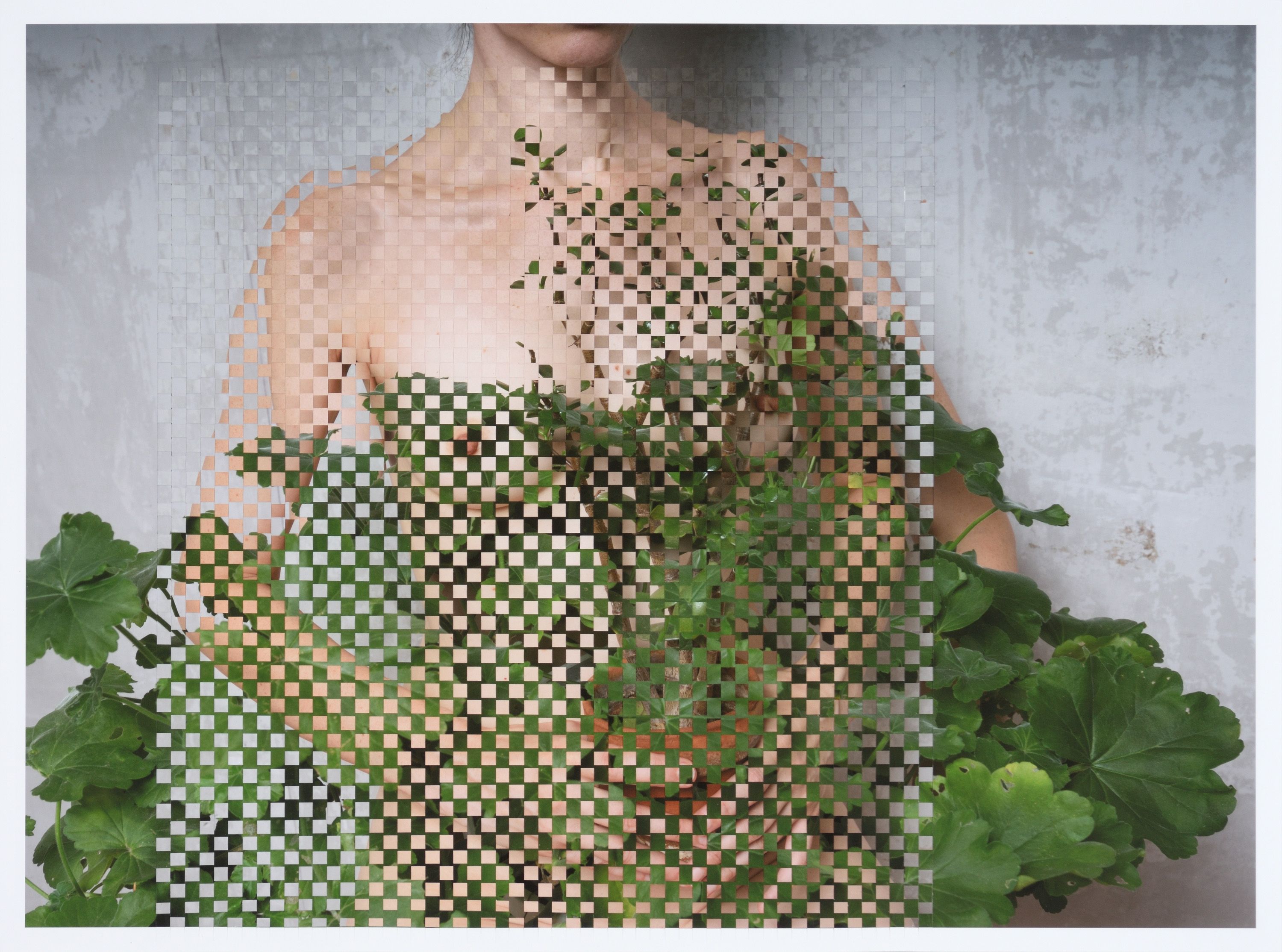