Endre Tót (b. 1937, Sümeg, Hungary), started out as a painter and became an recognized figure in both Hungarian and international conceptual art in the 1970s; once his DAAD scholarship in West Berlin expired, he moved to Cologne in 1980. Choosing emigration, Tót settled in the city on the Rhine at a time when European and North American exhibition venues were buzzing with exhibitions dedicated to the rediscovery of painting. These included Aperto, an open exhibition at the Venice Biennale in 1980, A New Spirit in Painting in London in 1981, documenta in Kassel and Zeitgeist in Berlin in 1982, all of which signalled a “hunger for pictures” after a decade of dematerialized conceptual art. During this period, Cologne became one of the most important centres of neo-expressionist painting, hallmarked by a group of young artists called Mülheimer Freiheit, who were highly influential internationally.

Until now, Endre Tót has said of his first years in the Federal Republic of Germany that, although he had a first-hand experience of the boom of new painting in the early 1980s, he remained outside it. From his time in West Berlin, he knew Karl Horst Hödicke, one of the artists of the first wave of German neo-expressionism who was close to him in generational terms, and living in Cologne, he witnessed the work of the “New Fauves”, the younger artists who were following in their footsteps. His outsider’s attitude was more of a distanced openness because of his past career as a painter in the 1960s, which had preceded his conceptual period. However, Tót remained silent for decades about the fact that he himself was painting again during this period.

acb Gallery presents a selection from Tót’s newly discovered series, this extraordinary art historical speciality created with dynamic gestures and influenced by the Fauvist painting of the 1980s. The exhibition Warum male ich? focuses on the painter Endre Tót, an artist whose career, closely intertwined with conceptual art, has been dominated by theoretical and practical questions of painting and by his struggle with them, as evidenced by his artist books My Unpainted Canvases and Night Visit to the National Gallery in the early 1970s, then by his Absent Pictures, Blackout Paintings and Layout Paintings, also rediscovered by acb Gallery in 2019. Tót’s gesture-based early works, with which he participated in the legendary IPARTERV exhibition in 1968, were conceived in the spirit of intense painterliness, Abstract Expressionism, Informel, calligraphy, and then, in the late sixties and at the turn of the decade, his path led him to the emptying of the canvas, to a break with the medium, often through Pop Art Hard-Edge as well as minimalist works, and at the same time to conceptual art. His concepts of “Zero” and “Nothing” have appeared in mail art, street demonstrations, photo performances, typewritten works, stamp works, offset works and artist books, not infrequently through references to painting.

Conceived in secret, the newly discovered works are most closely related to Endre Tót’s early, expressive works, especially the figurative paintings that we know today from the portrait paintings of Tamás Hencze and his wife made in 1966 with wild brushstrokes. And the precise dating of some of the pieces links these paintings – which can also be understood as a chronicle of confinement, passing days and the mystery that comes from the personal – to the light calligraphic drawings of the mid-1960s, the Diary Drawings from Angyalföld. The works of the Warum male ich? cycle are dominated by gestures and the relationships between the depicted figures: the overall effect of the pictures is at once dramatic and ironic, occasionally caricature-like, but the pictures certainly radiate a liberating, intense experience of ‘hot’, gesture-based painting, the pure painting that has essentially defined Endre Tót’s creative career all along. The exhibition takes its title from a piece in the series – Why Do I Paint? – which self-revealingly refers to Tót’s dilemmas about painting as he took up the brush again in the early 1980s. By the end of the decade, Tót had become an active figure in the Cologne art scene. His Layout-, Blackout Paintings and Absent Pictures, which can be read as a synthesis of painting and conceptual endeavours, became the dominant body of his work in the following years. His 1995 retrospective at Műcsarnok / Kunsthalle Budapest and the 1999 exhibition Who’s Afraid of Nothing at the Ludwig Museum in Cologne focused the public’s attention on Endre Tót’s canonical works, which the Warum male ich? paintings at acb Gallery’s new exhibition not only augment with a new cycle but they also allow us to see Endre Tót’s career, creative spirit and artistic character through a new lens.

The latest publication of acb ResearchLab, edited by Kata Balázs and András Heszky, is published in conjunction with the exhibition. The lavishly illustrated volume includes an interview with Endre Tót by the editors as well as essays by Dávid Fehér and Loránd Hegyi on the artist’s newly discovered series. 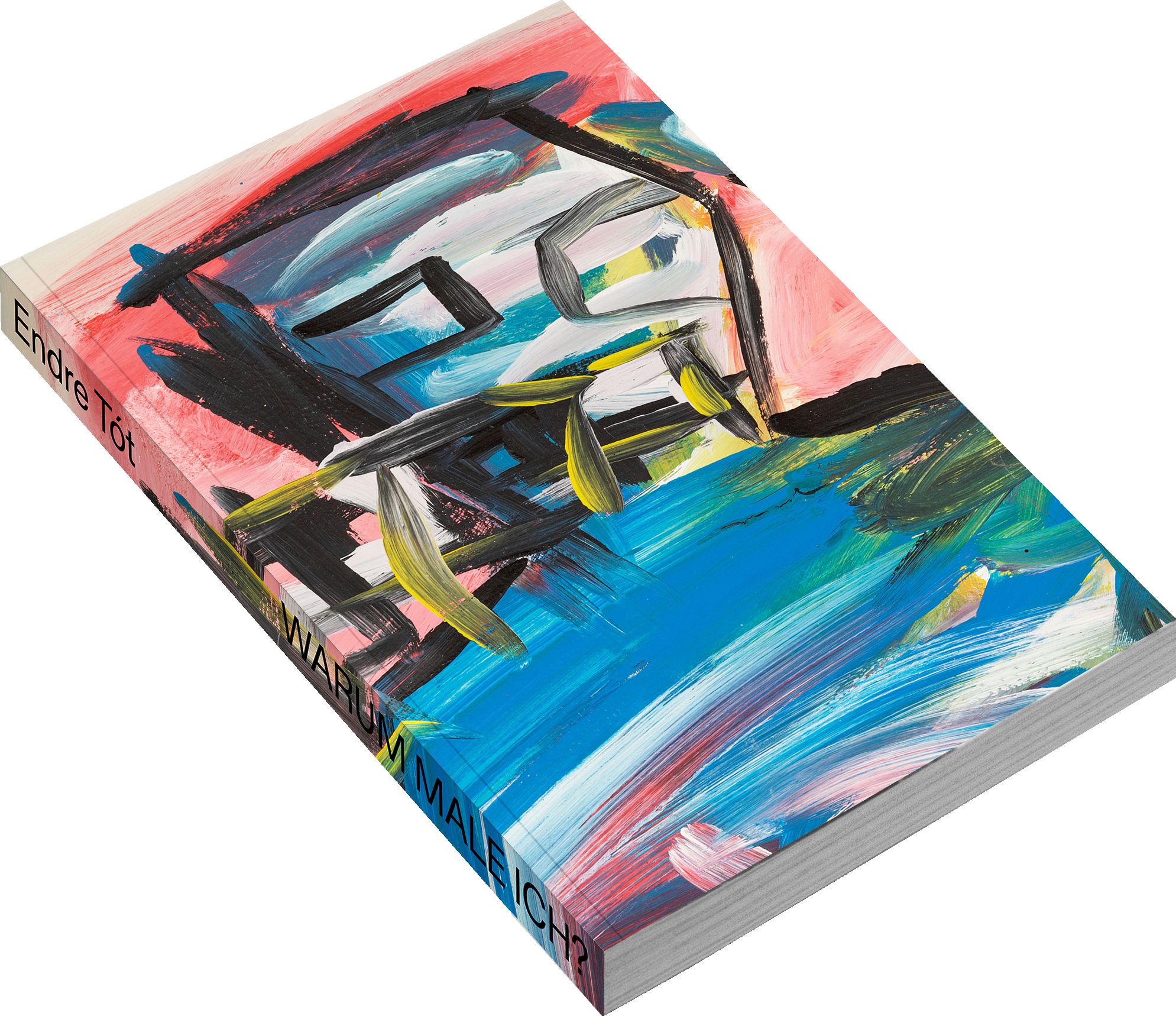