The exhibition of Károly Kelemen (1948) at acb Plus  ̶  a selection of works by the artist mainly from the 1990s  ̶  provides insight into typical elements of the artist’s private mythology.  One of these is Teddy the teddy bear, who appeared in Kelemen’s works in the mid-1980s. The teddy bear is as much the protagonist as a supporting character in the journey through art historical topoi and referenced oeuvres unfolding in Kelemen’s works. Such deheroisation of the avant-garde and the gestures of appropriation are already prominent in Kelemen’s early eraser works and ‘graphite paintings’ from the late seventies. In these works, the artist deconstructs iconic moments of avant-garde art. Expanding on this idea, after his ‘painterly turn’ in the early 1980s, in his colourful, vibrant figurative canvases, constructed paintings and sculptures the rewriting of different periods in art history and the use of cultural and political symbols become decisive. The exhibition, which borrows its title from one of the paintings on display (a piece from a series started in 1987), also features a selection from the artist’s small-scale Prepared Abstract Paintings. These pieces demonstrate the ways of abstract painting, ‘pure painterliness’, but also anthropomorphise the compositions by applying eyes to the canvas, which, although reminiscent of the eyes of toy animals, are in fact glass prostheses used by taxidermists.

Károly Kelemen studied painting at the Hungarian Academy of Fine Arts between 1970 and 1974. In the mid-seventies he participated in the activities of the Rózsa Circle. In 1982, with the intention of creating a commercial gallery, the Rabinec Gallery (Rabinext Studio from 1983) was established and operated in his apartment under the management of art historian Zsuzsa Simon. Made from 1979 onwards, his “eraser paintings”, which won him the Gold Palette award in Cagnes-sur-Mer in 1981, contributed greatly to the emergence of postmodernism in Hungary, and his solo exhibition at the Dorottya Gallery in Budapest in 1981 coincided with the first New Sensibility exhibition. Kelemen became a permanent participant in the series of exhibitions and related national and international musters initiated by Loránd Hegyi, which sought, in the spirit of the new painting that had gained strength, especially in the first half of the eighties, to bring together the Hungarian tendencies that had emerged in parallel with the international tendencies of transavantgarde and ‘subjective historicism’. Kelemen’s works have been shown in numerous international exhibitions, including the 1986 Venice Biennale, where he represented Hungary together with Imre Bak, Ákos Birkás and István Nádler. 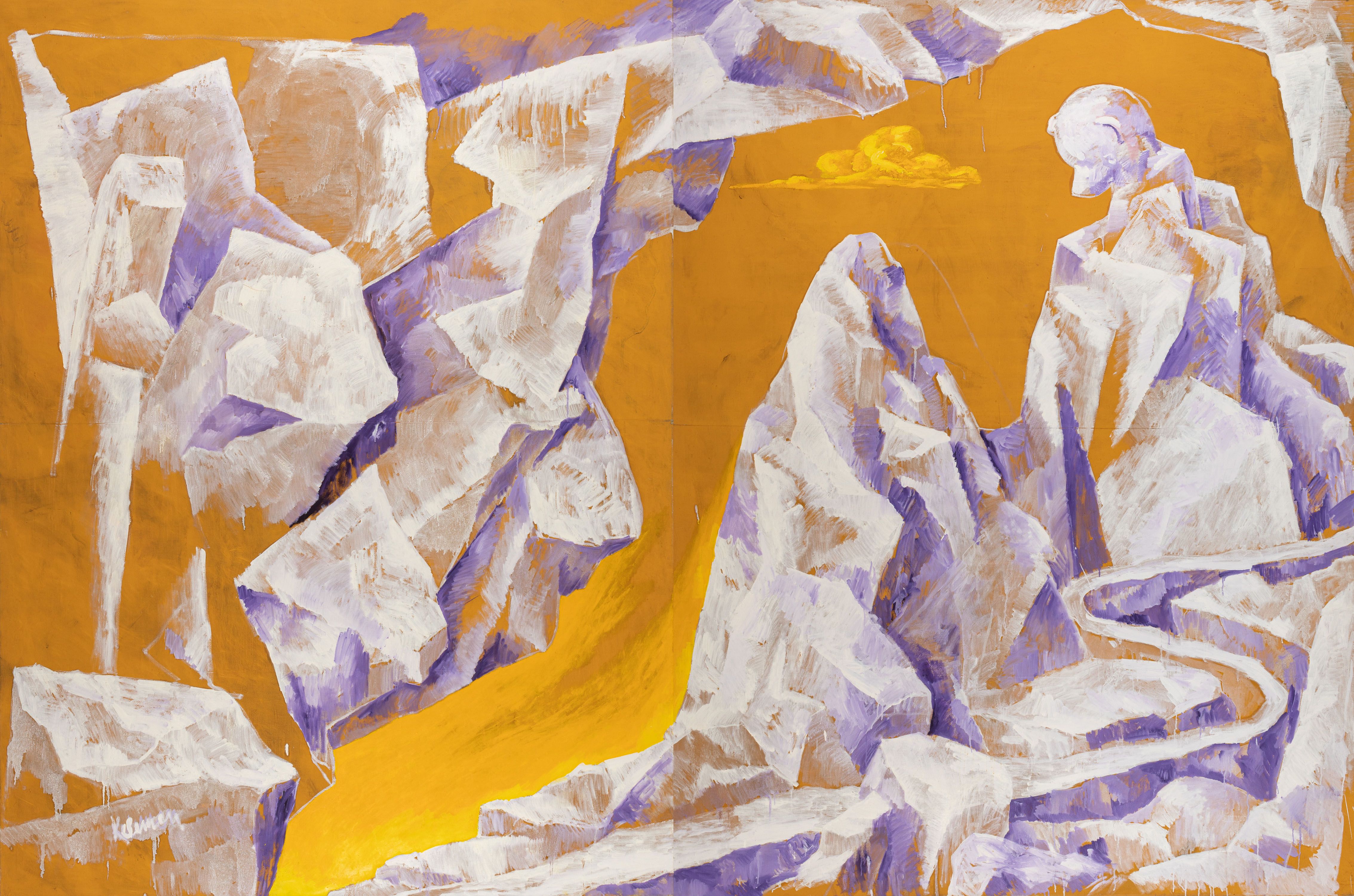