The practice of actionism emerged in Hungary with the first happening (The Lunch. In memoriam Batu Khan, 1966). This entailed a theoretical and practical paradigm shift in post-1956 Hungarian art that had been dominated by panel painting – a change of almost unfathomable significance from today’s perspective. As one of the organizers and participants of the happening, in his endeavor to create an “Eastern European” variant of happening and Fluxus, the poet Gábor Altorjay wanted to tap directly into the international contemporary art currents outside the traditional system of art institutions, forgoing all forms of modernism. Aware of this international synchronicity, right after the happening had taken place, he started correspondence with Wolf Vostel, Dick Higgins and Czech theoretician Jindřich Chalupecký, the representatives of contemporary actionism. However, after the first actions had taken place, flustered by the happening phenomenon, the cultural authority’s police apparatus pressured Altorjay into emigrating to West Germany, leaving several of his plans – including the first Fluxus concert – unrealized.

Once in Germany, however, Gábor Altorjay immediately and organically joined the avant-garde actionist movement hallmarked most of all by Wolf Vostell. After getting acquainted with the artists around art collector Hans Sohm, he participated in a number of actions together with Jörg Immendorf and his students, as well as Bazon Brock, Mauricio Kagel, Joseph Beuys, and others. In 1968, he joined Kombinat 1, a commune and exhibition space founded by Vostell. Predominated by social and institutional critique, its operation was influenced by the broader history of 1968. In accordance with this context, Altorjay’s visual poems, actions, and objects realized between 1967 and 1970 bear the critical impetus of ’68, opposing canonical art institutions (documenta, Cologne Art Fair) and the capitalist social structure.

The exhibition at acb Gallery presents a selection of Gábor Altorjay’s subversive works from the period after 1967, never before displayed in Hungary. In addition to being readily interpretable by today’s tendencies of contemporary art criticism, the exhibition’s explicit goal is to reinstate the works and the oeuvre into the continuity of art historical canons. Altorjay’s activity in Germany was an organic consequence of the Hungarian practice of joining the fluxus networks. This continuity is indicated by the fact that certain works (e.g. Chess-Compote, Uncomfortable) were recycled in the new environment. Breaking free of the Hungarian isolation, coupled with the inspiration of the vibrant, active contemporaneous scene, entailed the formation of a new language, which incorporated the devices of political actions into his works in addition to technical devices and political symbols. An example of this tendency is his environment of the “politische kunst” (political art) from 1970, the Electroshock Automat, reconstructed specifically for this exhibition.

In Stuttgart and Cologne, Altorjay quickly adapted to the program of 1968, which blurred the boundaries between art and political action. His work entitled La Strada (comprised of object and photograph along with film footage) testifies to this: it was created during a political protest, where the piece of lemon originally served to neutralize the tear gas used by the police. Or his small objects made for his first exhibition in Germany, such as Anti-Apotheke Bakunin, which reflects on the early discourses of critical Marxism. Despite the shift of scale and context, Altorjay could not forget the dominant Cold War rivalry of world powers, governed by a repression of equal scale on both sides as well as their continuous economic and cultural struggle. The synthesis of American and Soviet symbols in his poster takes on new – albeit unforeseen – critical accents.

The world premiere screening of the documentary films entitled „Meeting Marta Minujin 2 - Sight Seeing For Bags & Popbath” takes place as the related event of the exhibition in acb attachment, at 8 p.m. on the day of the opening. 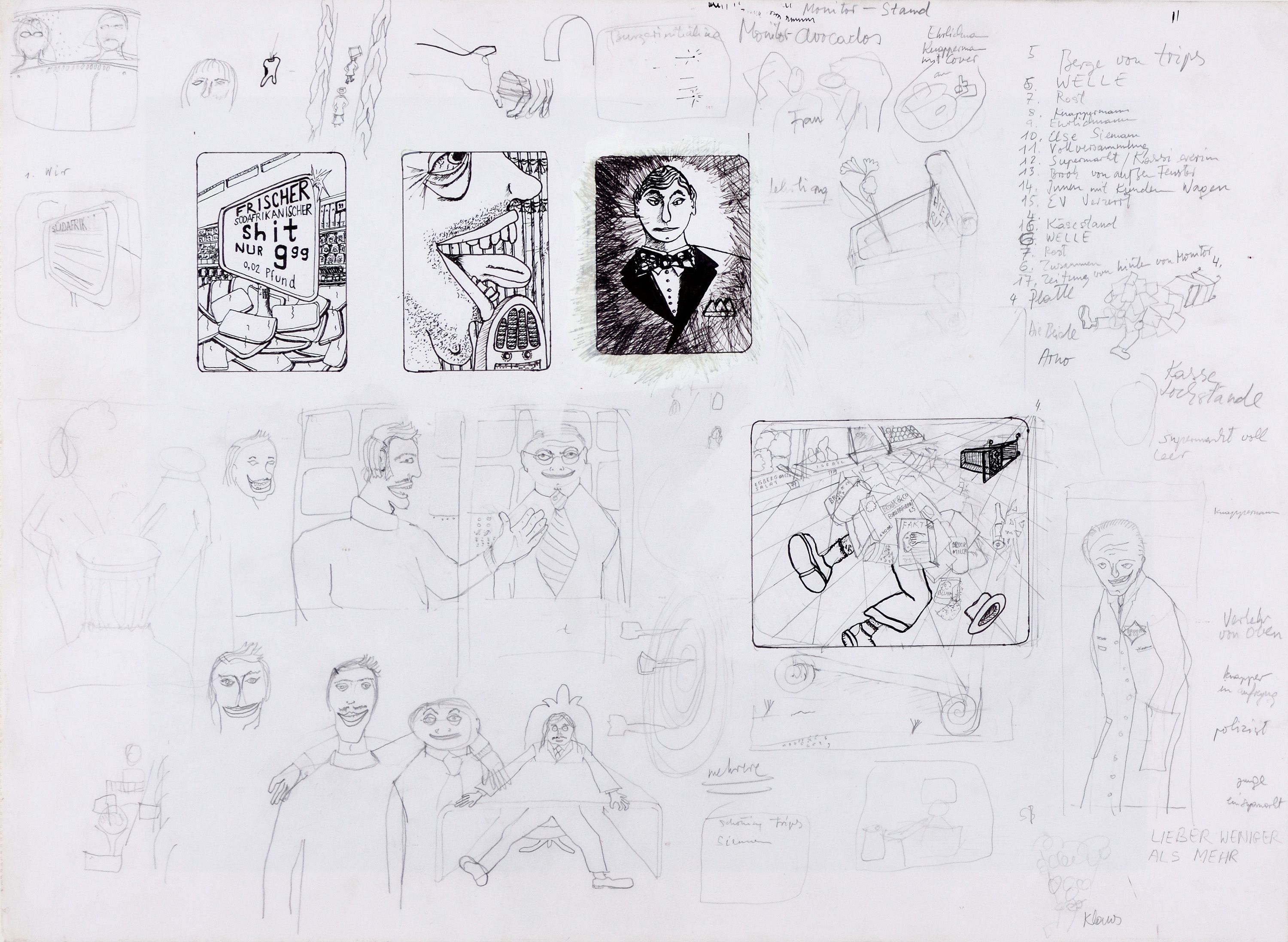