acb is proud to announce its participation at Frieze New York. At booth SP26 at the fair's Spotlight section we present a selection from the early works of Imre Bak.

Imre Bak (b.1939) is a defining figure of the Hungarian neo-avant-garde generation which asserted its presence and commenced its activity in the mid-1960s socialist Hungary. It is driven by the consequences of the international abstract tendencies developing in the 60s – mainly hard edge and minimalism –, that Bak built up his consistent artistic program. Keeping an eye on and integrating contemporary western influences, he based both his practice and theoretical approach on a broad interdisciplinary research. Our presentation at Frieze New York focuses on the period spanning from 1967 to 1974, when two groups of works determining Imre Bak’s subsequent career unfolded. In the footsteps of American minimalist and hard edge painting, his image-objects composed of stripes and fields of intense colors led Bak to examine visual representation as a construction. By studying the semiotics of shapes and colors and their representational potential, he arrived to conceptual art, which directed his painterly focus to the analysis of the combination of basic geometric motifs. 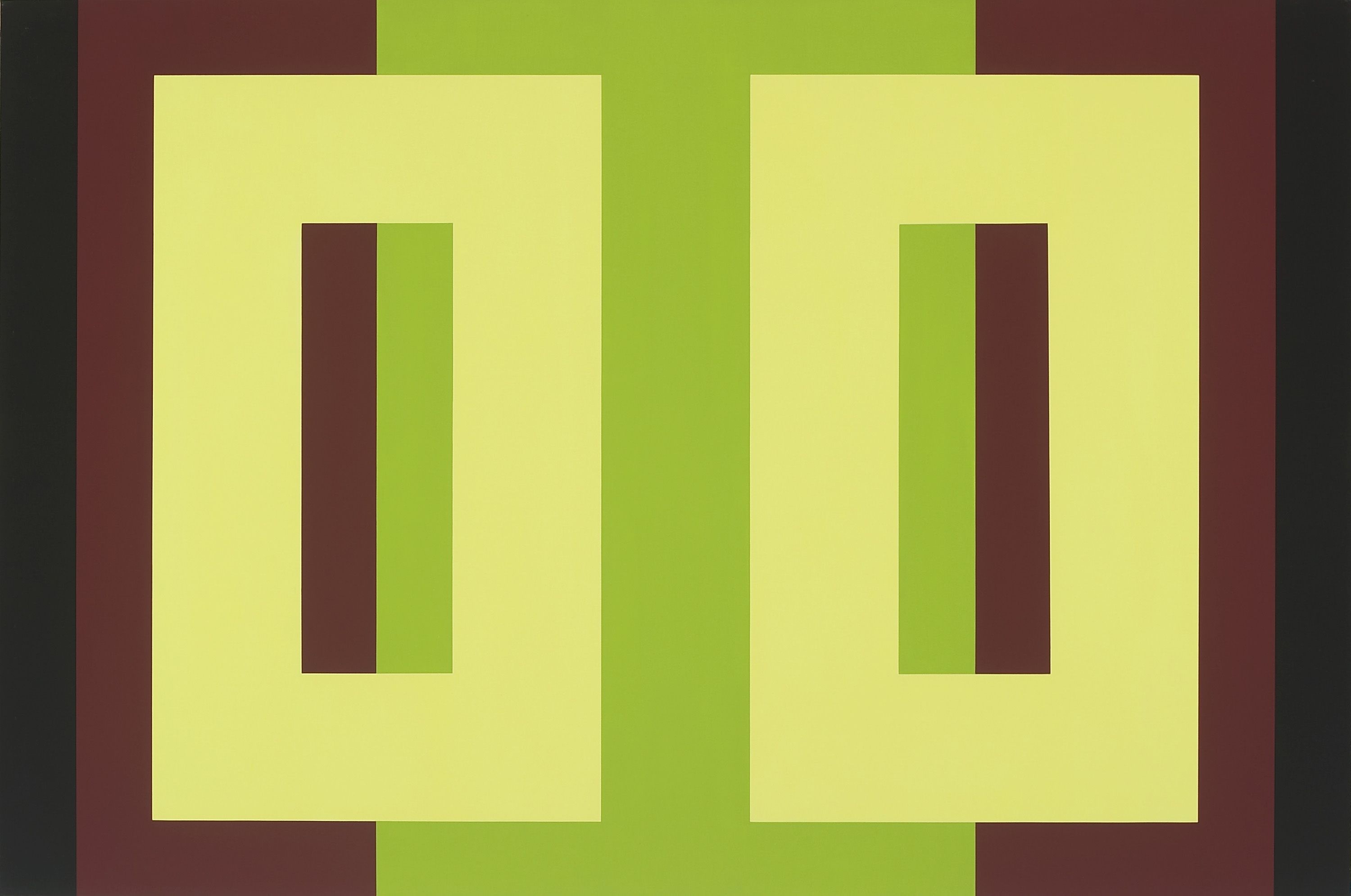