acb Gallery is proud to participate, for the first time, in the program of LOOP Barcelona video art fair and festival.

Contributing to the fair that is devoted to show the best of current video art, acb Gallery presents Igor and Ivan Buharov's blockbuster film from 2016, Most of the souls that live here.

The feature film Most of the Souls That Live Here, shot on 16 mm addresses the crisis of the individual in a world where an intangible yet omnipotent authority paralyzes people by means of oppression and surveillance. The answer proposed by the Buharovs to this crisis is anarchy, resistance to the state and cryptic communication. The unsustainability of systems and the impossibility of communication are also emphasized by the at once metaphorical and ironic-satirical cinematic language built on fragmentation and inconsistency, which characterizes the cinematic work of the author duo from the start of their collaboration.

Igor Buharov (Kornél Szilágyi, 1971) and Ivan Buharov (Nándor Hevesi, 1974) have been collaborating on experimental short films, films, animations, documentaries and feature films. Their work has been represented at Manifesta 8 in 2010 in Murcia, Shedhalle in Zurich, Künstlerhaus Bethanien in Berlin, MNAC in Bucharest and Moravská Galerie in Brno. They have also been represented in group shows at prominent institutions in Hungary, such as the Hungarian National Gallery, MODEM in Debrecen, Trafó Gallery, Art Gallery Paks and the Institute of Contemporary Art in Dunaújváros. As regards their filmography, their latest feature film, Most of the Souls That Live Here, excels with its complexity and aligns with their series of feature films Rudderless, Slow Mirror and The Triumph of Sympathy, which have been screened at several festivals and won a number of awards. 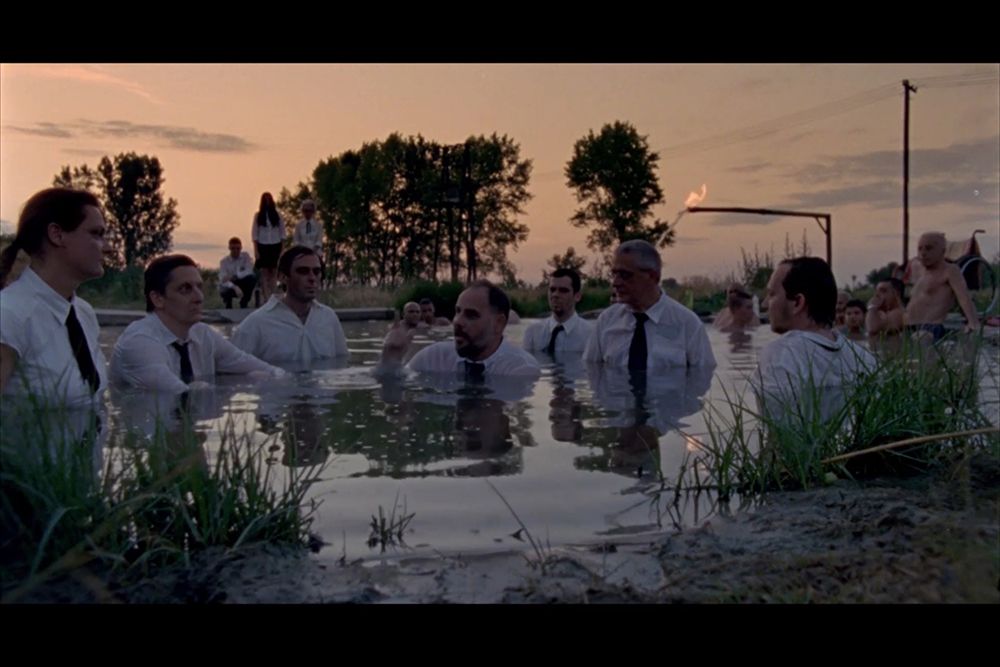