Bálint Szombathy, a prominent, internationally acknowledged representative of the New Art Practice, which emerged in Yugoslavia in the ‘60s, works in various genres, poetics, and media. The artist, who is still active today, had a significant role in shaping the progressive and radical artistic initiatives that defined the creed of a trend that operated outside the canon and laid the foundations for contemporary South Slav and Eastern European art. Between 1969 and 1976, he performed his activity as a member of the Bosch+Bosch group of Subotica, which was the first such collective in Serbia.

His first exhibition at the acb Gallery offers insight into his Rubberstamp Art, bringing to life its most intensive period. At the end of the ‘70s, Szombathy reached a point of gradually separating his Rubberstamp Art from daily application – from his Mail Art. In this way, his self-designed rubberstamps served not only as a supplementing element of his envelopes and postcards but became graphic print forms in their own right.

At the exhibition, the audience can also become acquainted with some of the artist’s works that open up the world of Mail Art. These include envelopes and postcards, which Szombathy sent to other artists in various parts of the world, who then added various textual and visual marks to these pieces and returned them to the sender. The series features all of his artist’s postcards, which he created in the late ‘70s, early ‘80s and dispersed through the Eternal Network.

The dually authored object-pieces of his correspondence with Cavellini form a separate group. The Italian master of “self-historicization” marked the envelopes of Szombathy’s Mail Art – which he regarded as inspiring foundations on which new compositions could be built – with the iconic elements of his own art. The series jointly realized with American artists in 1979 illustrates another unique example of collaboration. Szombathy mailed copies of a rubber stamp form with the text “Szombathy Art in America” to New Dadaist artists of the West Coast, asking them to add their own actions to them. The results included, among other examples, a street stamp action performed by Anna Banana.

Meanwhile, the artist printed the 25-piece plate of the “Szombathy Art” stamps on separate sheets, interpreting them as individual works of graphic art. During this cycle, the logo – which he still uses to this day – was completed by catchy advertising slogans, pointing the direction of interpretation towards individual mythology. Szombathy’s works in which he seeks insight into the interrelationships of the narrower conceptual sphere of poetry and the broader domain of language ([POETRY?] / language), and in which he applies the stamps to found press photos, can be classified into further series. While engaged in his rubberstamp activities, he occasionally used found stamps as well. In the ’70s, he bought a stamp set in a stationery shop in Budapest with various forint values on them. In the series entitled The Devaluation of the Forint, he achieves the effect of depreciation by exerting ever-increasing pressure on the printing form.

Szombathy belongs to the group of artists who, in the ‘70s and ‘80s, actively participated in Mail Art events, but, with time, gradually abstracted the use of the stamp from the – in terms of a linguistic perspective: eclectic – everyday practice of the international movement. It was in this way that Rubberstamp Art was created and grew into an independently functioning, autonomous trend within graphic art. During the course of the two aforementioned decades, he designed nearly fifty stamps, and also, on occasion, used found or borrowed pieces as well. Mail Art was a significantly popular movement in Vojvodina of the former Yugoslavia. As one of its main figures, Szombathy created an autochthonous legacy with his art stamps. 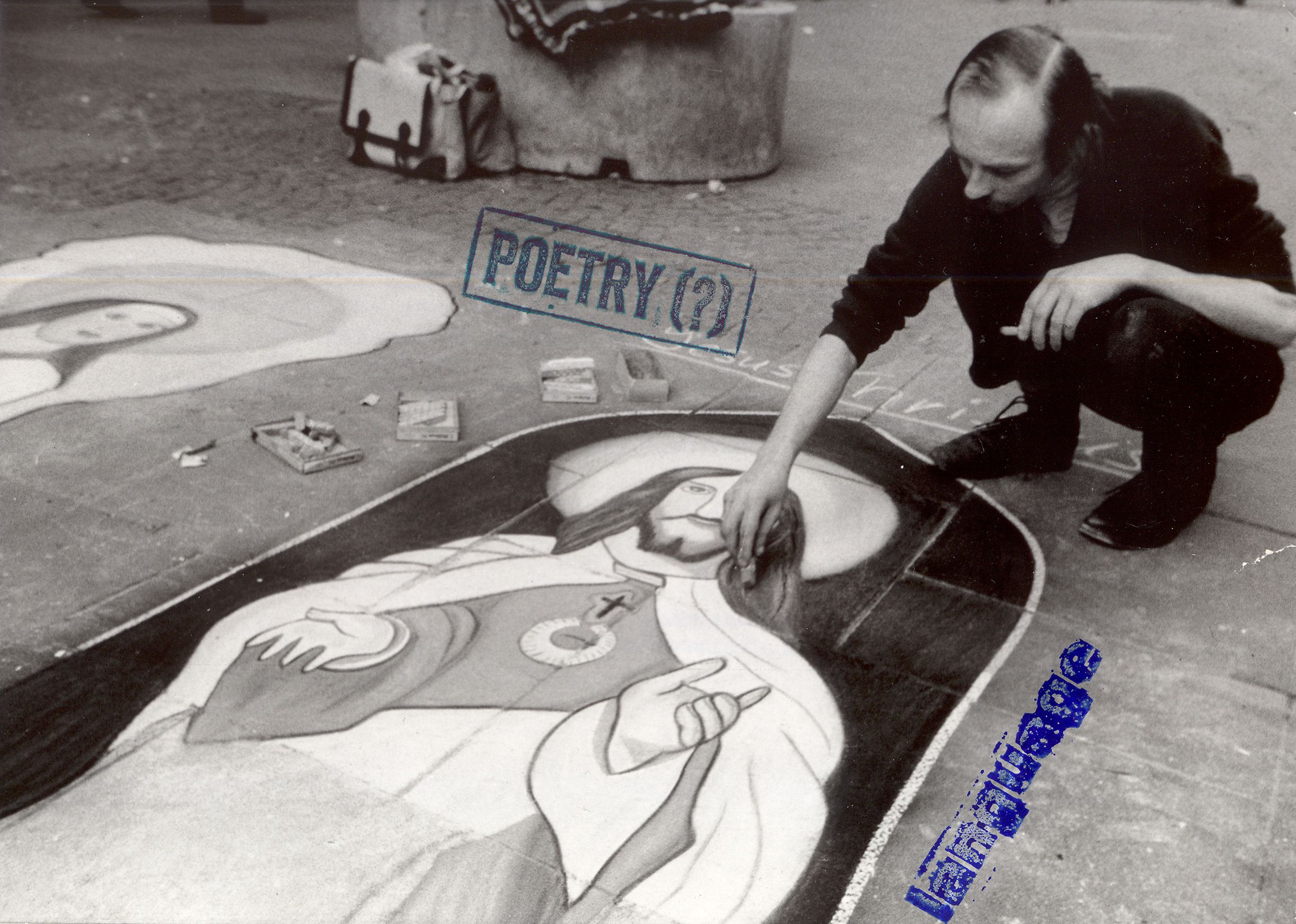